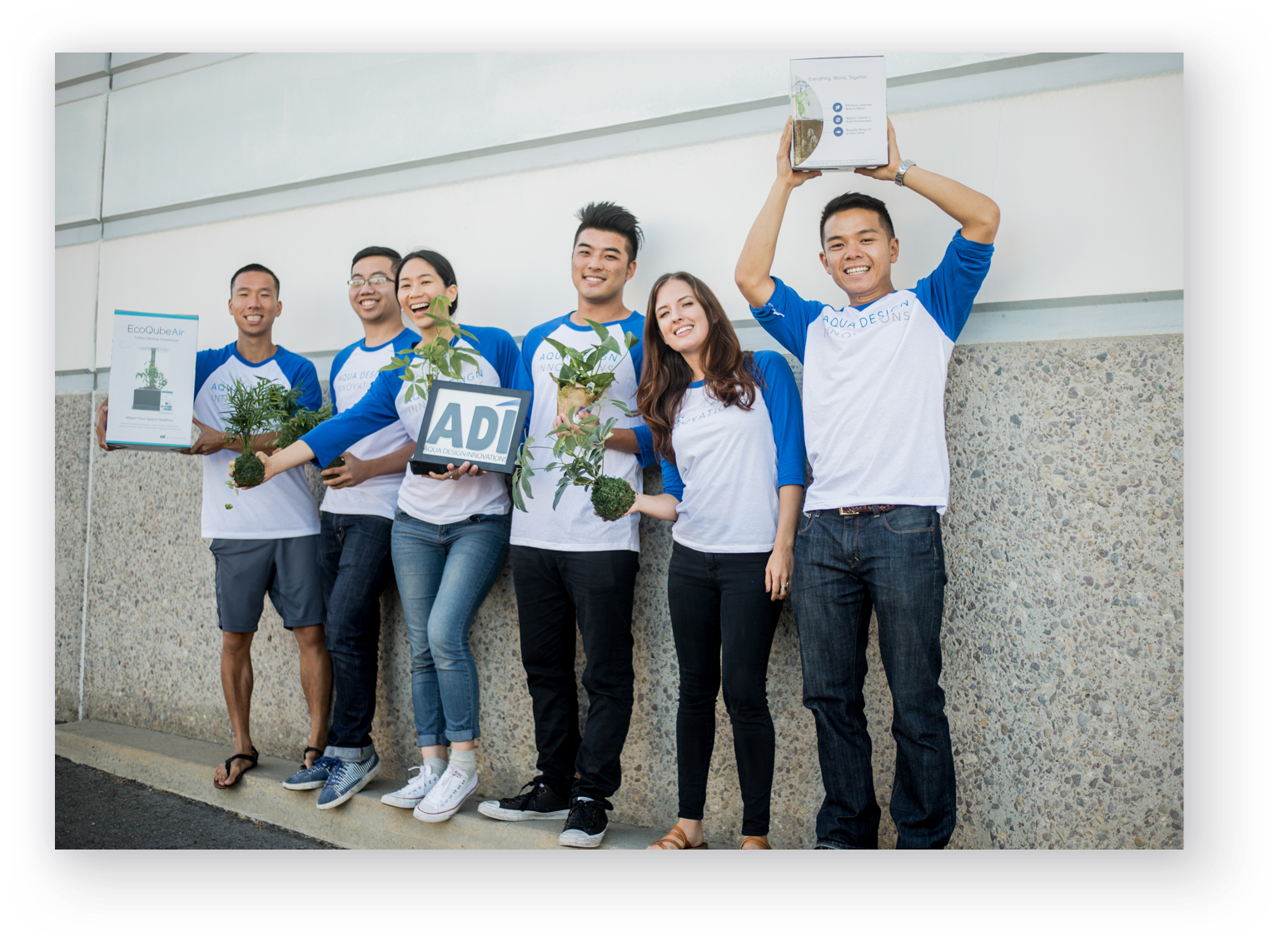 In middle school, he became familiar with the aquarium industry by working at a local aquarium store before going on to work at one of the largest aquaponics farms in the United States while attending college at UCSD.

While at the farm, Kevin realized how big of an impact aquaponics could make on the future of the Earth.

As the world has become increasingly industrialized, so too has come major food and water supply issues.

Humans have begun to lose touch with nature, and vast amounts of energy are wasted daily.

In short, the world is not sustainable.

However, there is a solution.

From his time working at the aquaponics farm, Kevin learned that aquaponic technology uses up to 90% LESS water when compared to traditional agricultural farming methods.

At a time when the world’s population has exploded to over 7 billion people, saving water is crucial to creating a sustainable society.

With an innovative spirit derived from growing up in San Francisco, Kevin began to wonder how the benefits of aquaponics could be brought to the whole world.

And with that question, the EcoQube journey began.

After brainstorming with top minds in the industry, Kevin quickly realized that another farm was out of the picture for him at the time.

Creating a farm involved huge startup costs and would not likely breakeven for years.

Instead, Kevin decided to rely on his experience from the aquarium industry, and decided to shrink the concept of aquaponics down into an easily accessible, beautiful, modern garden.

And thus the EcoQube C was born.

The EcoQube C acts as a beautiful and functional piece of living decor utilizing aquaponics technology to grow food such as basil, mint, or green onions.

The fish waste is converted into nitrogen via naturally occurring bacteria in the water and the plants consume the nitrogen to clean the tank.

It’s a beautiful, simple, eco-system that takes care of itself while using 90% less water to grow food.

Since then, EcoQube has released the EcoQube Air, Frame, C+, and Sprout gardens and helped over 22,000 customers in 24 different countries re-connect with nature while learning more about the benefits of sustainable hydroponic technology.